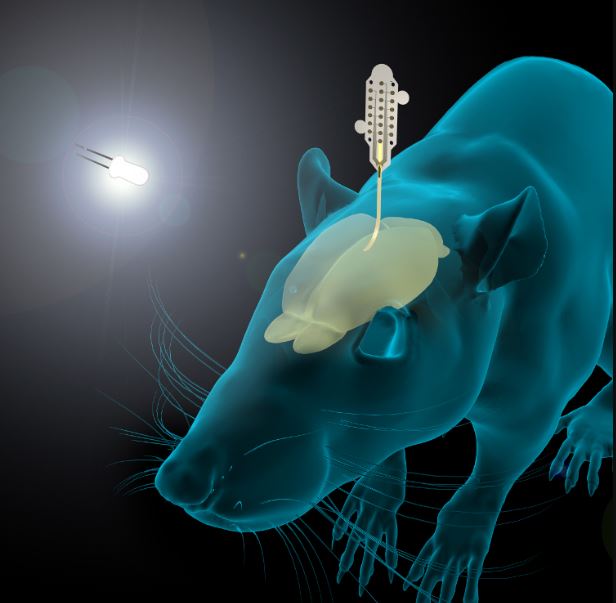 Graphene-based transistors enable a flexible neural probe with excellent signal-to-noise ratio. Such probes are useful for examining neural activity for understanding diseases, as well as in neuroprosthetics for control of artificial limbs. Measuring brain activity with precision is essential to developing further understanding of diseases such as epilepsy and disorders that affect brain function and motor control. Neural probes with high spatial resolution are needed for both recording and stimulating specific functional areas of the brain. Now, researchers from the Graphene Flagship have developed a new device for recording brain activity in high resolution while maintaining excellent signal to noise ratio (SNR). Based on graphene field-effect transistors, the flexible devices open up new possibilities for the development of functional implants and interfaces. 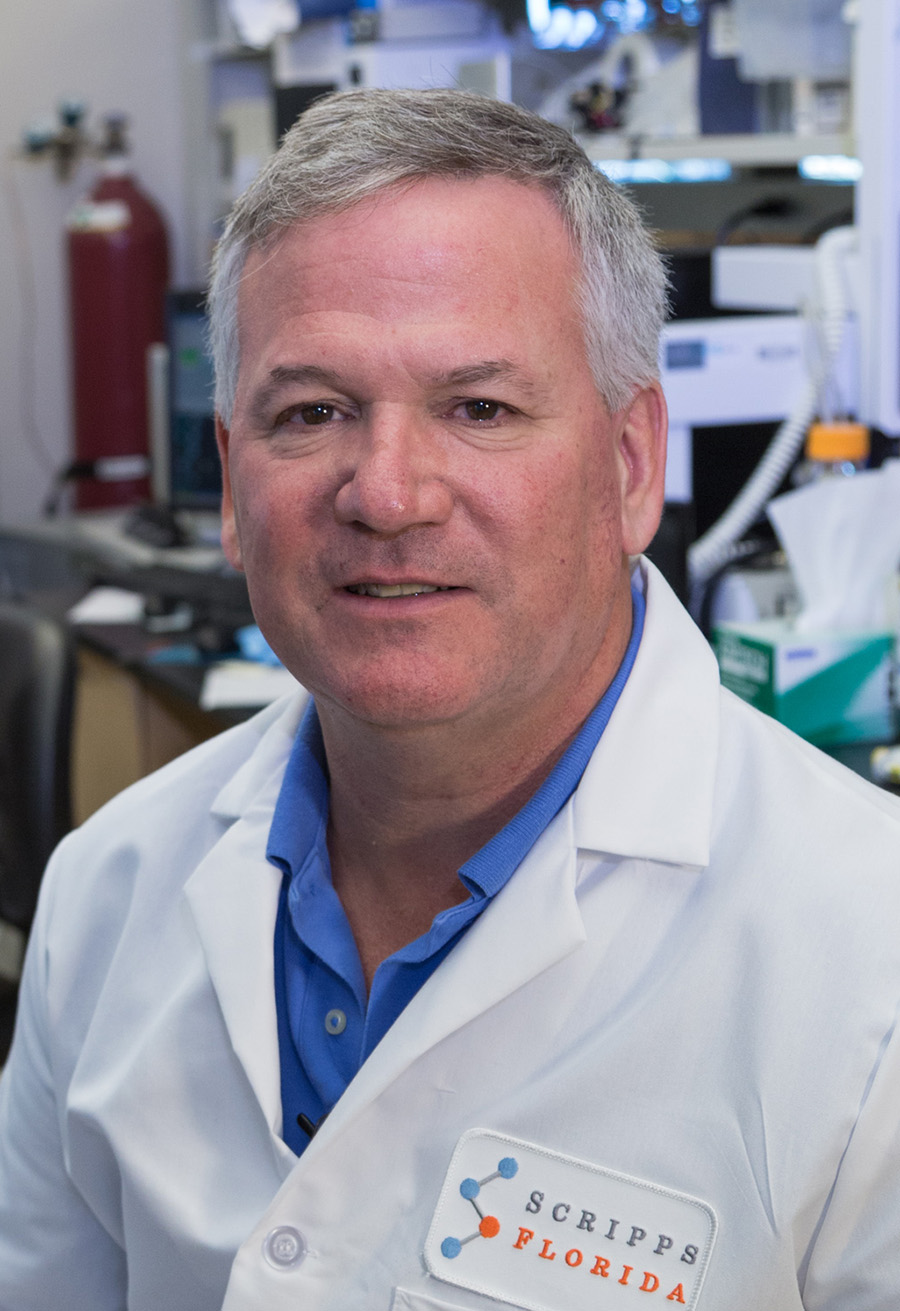 Scientists may have found a new tool for studying—and maybe even treating—Type 2 diabetes, the form of diabetes considered responsible for close to 95 percent of cases in the United States. A team of scientists from the Florida campus of The Scripps Research Institute (TSRI), Dana-Farber Cancer Institute, Harvard Medical School and the Yale University School of Medicine, among others, have identified a new class of compounds that reduce production of glucose in the liver. One of these compounds, designed and optimized by TSRI scientists, significantly improves the health of diabetic animal models by reducing glucose levels in the blood, increasing insulin sensitivity and improving glucose balance.

Sara Rathburn of Colorado State University and colleagues have developed an integrated sediment, wood, and organic carbon budget for North St. Vrain Creek in the semi-arid Colorado Front Range following an extreme flooding event in September of 2013. Erosion of more than 500,000 cubic meters, or up to ~115-years-worth of weathering products, occurred through landsliding and channel erosion during this event. More than half of the eroded sediment was deposited at the inlet and delta of a water supply reservoir, resulting in the equivalent of 100 years of reservoir sedimentation and 2% loss in water storage capacity. The flood discharged 28 mega-grams of carbon from one square kilometer of land (28 Mg C/km2), which is more like what would happen in humid, tectonically active areas. To get an idea of what that means, Rathburn explains, a mega-gram of carbon (C) eroded from one square kilometer of land is equivalent to about a million paper clips covering an 18-hole golf course. So in this scenario, the flood discharged 28 million paper clips from just a golf course-sized area. 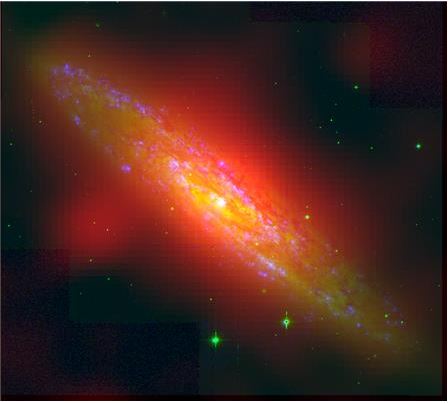 Astronomers have used a radio telescope in outback Western Australia to see the halo of a nearby starburst galaxy in unprecedented detail. A starburst galaxy is a galaxy experiencing a period of intense star formation and this one, known as NGC 253 or the Sculptor Galaxy, is approximately 11.5 million light-years from Earth. “The Sculptor Galaxy is currently forming stars at a rate of five solar masses each year, which is a many times faster than our own Milky Way,” said lead researcher Dr Anna Kapinska, from The University of Western Australia and the International Centre for Radio Astronomy Research (ICRAR) in Perth. “This galaxy is famous because it’s beautiful and very close to us, and because of what’s happening inside it—it’s quite extraordinary.”

The illustration identifies the high-latitude North Atlantic as a significant CO2 sink (The purple areas are the most efficient sinks, while red ones are sources of CO2 in the modern ocean). The white star shows the location of the studied sediment core. The map was generated using data of Takahashi et al. Illustration: M. Ezat.

Norwegian Sea acted as CO2 source in the past. It pumped the greenhouse gas into the atmosphere instead of absorbing it, as it does today. At the same time the pH of the surface waters in these oceans decreased, making them more acidic. Both of these findings imply changes in ocean circulation and primary productivity as a result of natural climate changes of the time. The findings were recently published in Nature Communications. 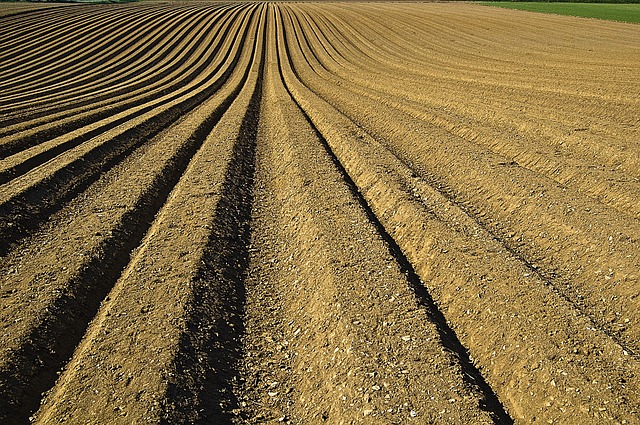 Climate change is predicted to impact agriculture, but a new study puts these changes in terms that are directly applicable to farmers. For Illinois, the corn planting window will be split in two to avoid wet conditions in April and May. Each planting window carries increased risk – the early planting window could be thwarted by frost or heavy precipitation, and the late window cut short by intense late-summer drought. Farmers and crop insurers must evaluate risk to avoid losing profits. Scientists the world over are working to predict how climate change will affect our planet. It is an extremely complex puzzle with many moving parts, but a few patterns have been consistent, including the prediction that farming as we know it will become more difficult. Scientists infer the impact on agriculture based on predictions of rainfall, drought intensity, and weather volatility. Until now, however, the average farmer may not have been able to put predictions like these into practice. A new University of Illinois study puts climate change predictions in terms that farmers are used to: field working days. 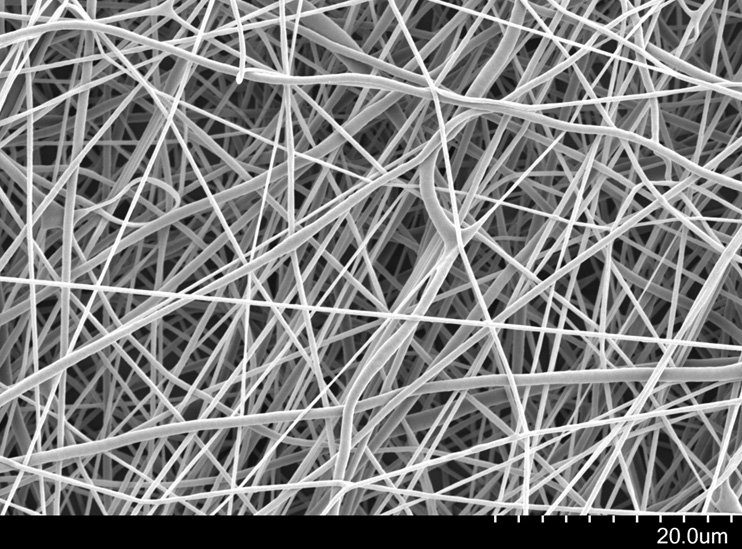 The fibres in the artificial fibre network have about the same diameter as natural collagen fibres in normal connective tissue. The structure is also sufficiently loose for the cells to be able to enter. (Picture taken with an electron microscope) Photo: Ulrica Englund Johansson, Fredrik Johansson

The usual way of cultivating cells is to use a flat laboratory dish of glass. However, inside a human body, the cells do not grow on a flat surface, but rather in three dimensions. This has lead researchers at Lund University in Sweden to develop a porous “spaghetti” of tissue-friendly polymers with cavities in which the cells can develop in a more natural way. “When cultivating brain cells in a flat laboratory dish, the different cell types form layers, with the nerve cells on top and the glial cells – a form of supporting tissue –underneath. This is not what it looks like in natural brain tissue, where the cells are much more mixed”, says neuroscience researcher Ulrica Englund Johansson. Many research groups around the world have therefore tried to develop three-dimensional structures in which cells can be cultivated in a more natural way. The Lund researchers have used a method called electrospinning. 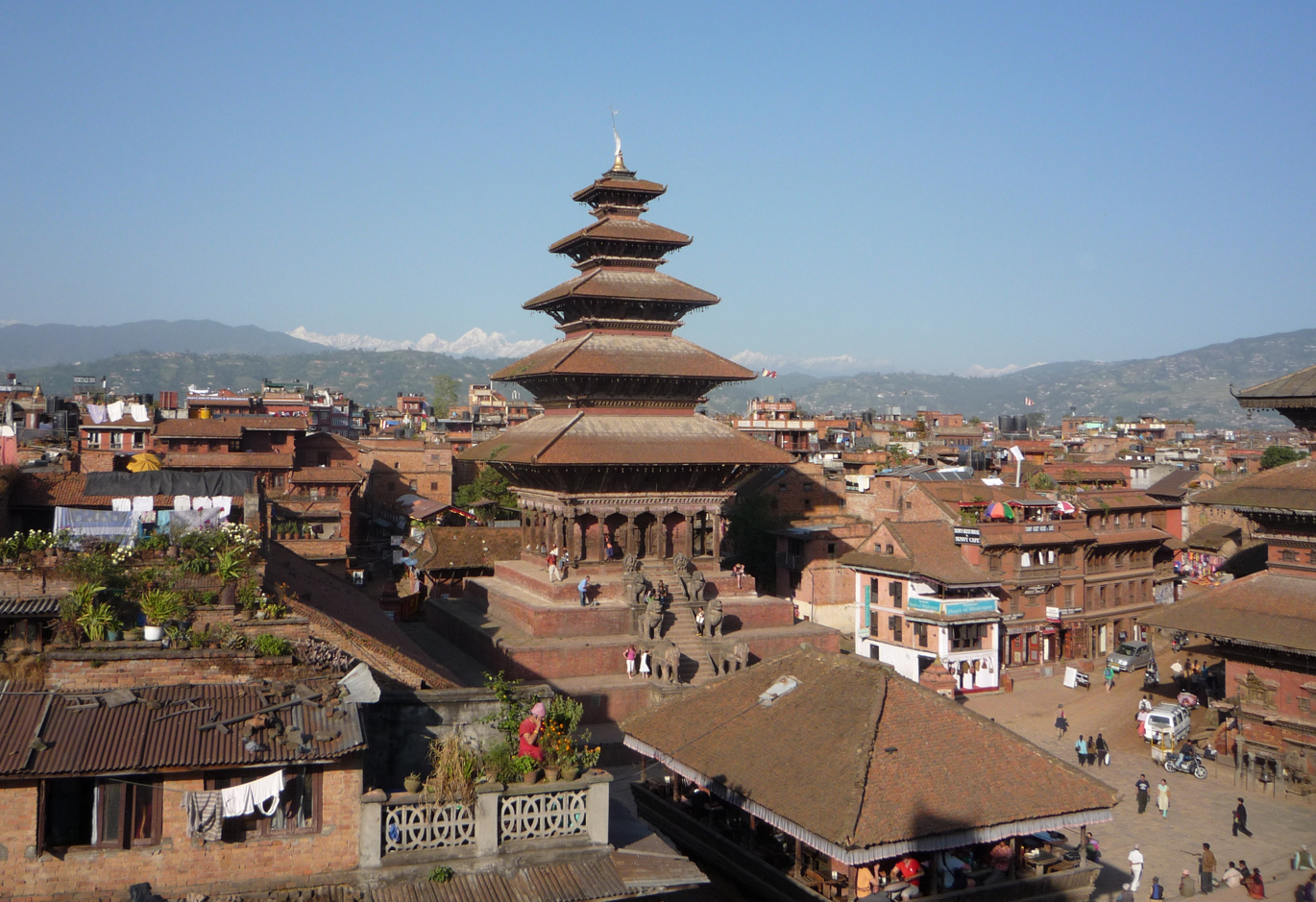 Most of the Nepalese children participating in the study had vitamin B12 levels which were suboptimal, below the recommendations for best possible growth and development, says Ingrid Kvestad. (Photograph: Uni Research)

Small children with low levels of vitamin B12 had more difficulties solving cognitive tests, such as the ability to do puzzles, recognize letters and interpret other children’s feelings. Poor B12 status as a baby was associated with a decrease in test scores at 5 years of age, reports researcher Ingrid Kvestad at Uni Research in Bergen, Norway and colleagues in a new study.Kvestad is first author on the work, published in the American Journal of Clinical Nutrition. Our results clearly demonstrate associations between early vitamin B12 status and various measures on development and cognitive functioning, as for example the ability to interpret complex geometrical figures, and the ability to recognize other children`s emotions, says Kvestad. Accordingly, the study suggests that vitamin B12 deficiency impair, or possibly delays, brain development in small children.

Alzheimer's disease: On the hunt for the biomarker signal for early detection 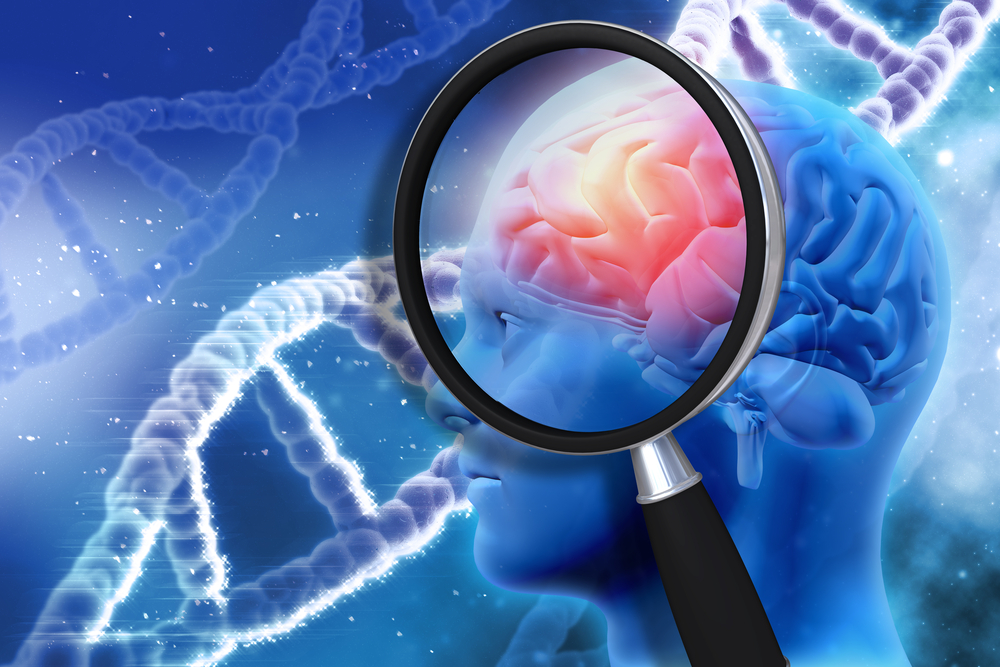 Around 100,000 Austrians suffer from Alzheimer's disease and 16,000 from Parkinson’s. Experts estimate that, in view of the ageing population, these numbers are set to triple over the next 30 years. Both Alzheimer's and Parkinson's diseases are progressive degenerative diseases of the brain, which start up to 30 years before the onset of symptoms. Early diagnosis would be a huge help in combating the disease. However, the early detection tests that are available do not provide any reliable prediction about the further course of the disease and also carry the risk of producing a false positive result. “Neurology researchers throughout the world are therefore on the hunt for a specific biomarker signal for Alzheimer's," explains Peter Dal-Bianco, Alzheimer's expert from MedUni Vienna. Dal-Bianco is convinced: "There is a specific biomarker – we just haven't found it yet." The 13th International Conference on Alzheimer's and Parkinson's diseases will take place in the Vienna Exhibition Center from Wednesday 29 March to Sunday 2 April (www.adpd2017.kenes.com). Dal-Bianco is on the local organising committee.