A single MRI scan of the brain could be enough...

For the first time, researchers have created simulations that directly...

In a new study published in Nature Communications, researchers from...

A study carried out in the area around the Pego-Oliva...

Among living tetrapods, many lineages have converged on a snake-like...

Red clover, an important forage crop for grazing cattle, can...

Plastron (left) and carapace (right) of the new...

Nicotinamide riboside (NR) is amember of the vitamin...

The largest population of...

In Corsica, away from the eyes of locals...

The effectiveness of eugenol — an eco-friendly, plant-based...

Researchers from the RIKEN Guardian Robot Project in...

What lies behind a...

We give meaning to our world through the...

Receiving at least one vaccine dose was associated...

The fight against the COVID-19 pandemic is an...

Researchers at the faculty have developed an artificial...

Will Omicron end the...

Through analyzes of ice cores from Greenland and...

The world is experiencing a huge wave of...

Storms over the waters around Antarctica drive an... 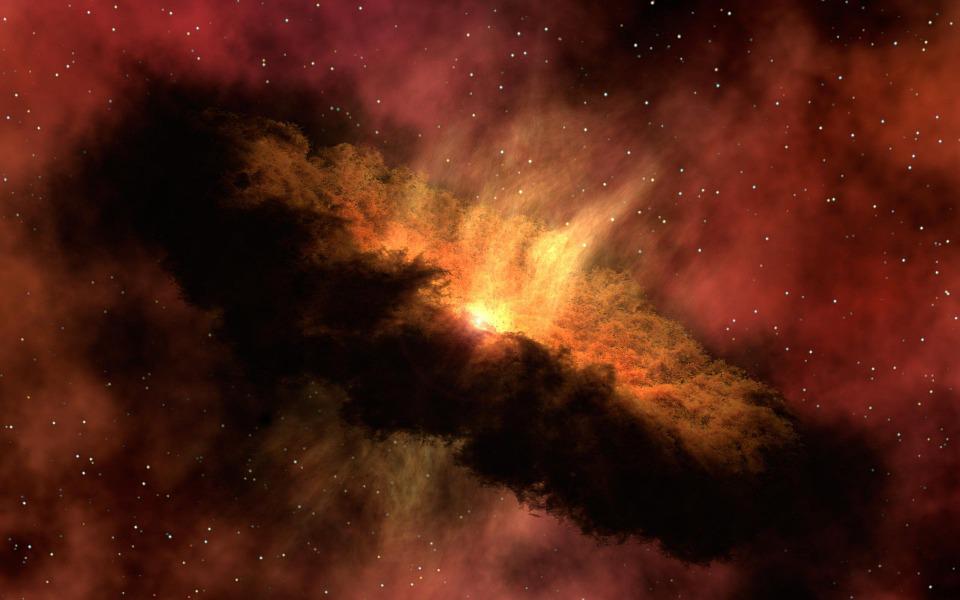 For the first time, researchers have created simulations that directly recreate the full life cycle of some of the largest collections of galaxies observed in the distant universe 11 billion years ago, reports a new study in Nature Astronomy.

Cosmological simulations are crucial to studying how the universe became the shape it is today, but many do not typically match what astronomers observe through telescopes. Most are designed to match the real universe only in a statistical sense. Constrained cosmological simulations, on the other hand, are designed to directly reproduce the structures we actually observe in the universe. However, most existing simulations of this kind have been applied to our local universe, meaning close to Earth, but never for observations of the distant universe.

A team of researchers, led by Kavli Institute for the Physics and Mathematics of the Universe Project Researcher and first author Metin Ata and Project Assistant Professor Khee-Gan Lee, were interested in distant structures like massive galaxy protoclusters, which are ancestors of present-day galaxy clusters before they could clump under their own gravity. They found current studies of distant protoclusters were sometimes oversimplified, meaning they were done with simple models and not simulations.

“We wanted to try developing a full simulation of the real distant universe to see how structures started out and how they ended,” said Ata.

Their result was COSTCO (COnstrained Simulations of The COsmos Field).

Lee said developing the simulation was much like building a time machine. Because light from the distant universe is only reaching Earth now, the galaxies telescopes observe today are a snapshot of the past.

“It’s like finding an old black-and-white picture of your grandfather and creating a video of his life,” he said.

In this sense, the researchers took snapshots of “young” grandparent galaxies in the universe and then fast forwarded their age to study how clusters of galaxies would form. The light from galaxies the researchers used traveled a distance of 11 billion light-years to reach us. What was most challenging was taking the large scale environment into account.

“This is something that is very important for the fate of those structures whether they are isolated or associated with a bigger structure. If you don’t take the environment into account, then you get completely different answers. We were able to take the large scale environment into account consistently, because we have a full simulation, and that’s why our prediction is more stable,” said Ata.

Another important reason why the researchers created these simulations was to test the standard model of cosmology, that is used to describe the physics of the universe. By predicting the final mass and final distribution of structures in a given space, researchers could unveil previously undetected discrepancies in our current understanding of the universe.

Using their simulations, the researchers were able to find evidence of three already published galaxy protoclusters and disfavor one structure. On top of that, they were able to identify five more structures that consistently formed in their simulations. This includes the Hyperion proto-supercluster, the largest and earliest proto-supercluster known today that is 5000 times the mass of our Milky Way galaxy, which the researchers found out it will collapse into a large 300 million light year filament.

Their work is already being applied to other projects including those to study the cosmological environment of galaxies, and absorption lines of distant quasars to name a few.